All trademarks can be considered to be on a "continuum" or "spectrum" of descriptiveness. Bitlaw provides a legal description of this spectrum as it describes the "strength" of various marks. On this spectrum are both descriptive and suggestive marks, and it is important to understand the difference between the two. Suggestive marks only "suggest a quality or characteristic" of the goods while merely descriptive marks directly describe that quality or characteristic. More information on this distinction can be found in Section 1209.01 of the TMEP.

While a proposed mark cannot be merely descriptive of the goods and/or services that it is associated with, neither can the proposed mark be misdescriptive. That is to say, if the proposed mark misrepresents or misdescribes an attribute of the good/service and that misrepresentation is plausible, then the mark will be rejected. For example, a mark such as NO FIZZ for a carbonated beverage would likely be deemed misdescriptive and should be the subject of a descriptiveness rejection. Variations on this theme are marks that misdescribe a geographic region of origin. For example, the mark SONOMA WINES for wine that originates in Washington or other non-Sonoma California locales would likely be rejected. The mark would also likely be rejected as being merely descriptive if actually used for wine from the Sonoma wine region.

Another descriptiveness rejection will likely arise if the applicant attempts to use a surname as a mark. This rejection often comes as a shock to applicants, many of whom feel that their family name belongs to them and of course they have a right to use it. The outrage only increases when certain rather famous marks that are surnames start to pop into their heads, such as McDonald’s or Disney. And therein lies the exception: surnames that have acquired a secondary meaning or commercial distinctiveness (fame) as applied to the applicant's goods or services are registrable. The concept of acquired secondary meaning is described in more detail below.

What if the mark really is not descriptive but suggestive?

What is secondary meaning and how can I use it to overcome a descriptiveness-based rejection?

Secondary meaning occurs when an otherwise descriptive word or phrase has, through usage or other means, acquired a special significance such that the consuming public believes the word to be a trademark (meaning that they believe that the phrase indicates that the good or service originates with a particular provider or supplier). An example of a descriptive word that has come to have secondary meaning would be AMERICAN for airline services. If a person were to describe flying on a French airline, one might assume that the person flew on an airline based in France, such as Air France. In this context, the word "French" is merely an adjective describing the home of some airline. In contrast, if that person were to inform you that they flew on American Airlines, you would immediately think of a single company and would be very surprised if they actually flew on Delta Airlines. In this context, the word AMERICAN is no longer simply a geographic adjective, but (in the mind of the consumer) it has become the name of one particular company. The mark American Airlines has acquired secondary meaning (the first meaning was as a geographic adjective, and the second meaning is the source-originating or company-identifying trademark)

And now we come to the caveat for this exception…

For most applicants, especially those who have not begun using a mark in commerce (see our guidance on What is an Intent to Use Application?), the chances are your descriptive mark will not have acquired sufficient secondary meaning to allow it overcome the descriptiveness rejection. In order to be considered as having acquired a sufficient degree of secondary meaning to be registered, your mark will typically have had to be in use for a long and continuous period of time (such as five years), or otherwise be well recognized. If your mark has been in use for approximately this amount of time, you may respond to a descriptiveness-based rejection by arguing that the mark has acquired secondary meaning and is therefore no longer merely descriptive. You should examine Section 1212 of the TMEP (and the following sections) to see how best to present this argument.

How to Use the Supplemental Register

Even if you cannot meet the burden for proving secondary meaning (most applicants can’t), all is not lost. In those instances where a mark is considered descriptive that often will mean that the mark is prohibited from being listed on the "Principal" Trademark Register...at least for now. When the above discussion explained that descriptive marks could not normally be registered by the USPTO, what was meant was that the mark could not be registered on that Principal Register. It is the Principal Register that provides most of the benefits of federal registration of trademarks, so every applicant initially desires to register their mark on this register. However, if one cannot overcome a "merely descriptive" rejection, it usually makes sense for the applicant to agree to list the mark on the Supplemental Register.

The Supplemental Register is sort of a lesser registry for descriptive marks that are in actual use. Registration on the Supplemental Register is not as useful as a registration on the Principal Register, but it does grant descriptive marks more rights than marks that are not federally registered at all. These rights include, first and foremost, the right to use the registered trademark symbol (R in a circle, or ®) with the mark.

Through advertising, commercial success, or simply by long-term use, the descriptive mark may achieve a sufficient degree of distinctiveness during its stay on the Supplemental Register. If an Applicant believes that this acquisition of distinctiveness has occurred, then the Applicant may attempt to reapply for the mark to be registered on the Principal Register and the Supplemental listing allowed to lapse. This effort is typically attempted at about the fifth year of the mark being registered, as that is when the government-imposed maintenance fees come do; but there is no requirement to make such an effort to reapply for Principal Registration. 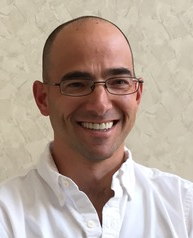 Call us. We can help.
Let Forsgren Fisher McCalmont DeMarea Tysver help with your trademark issues. Contact me for a free initial consultation.

These pages provide guidance on filing a federal trademark application with the United States Patent and Trademark office. The trademark filing overview page gives a general summary of the guidance available in this section.

Why should you federally register your trademark?

What is a trademark and when do you have one?

What is a "Common Law" trademark?

If you have rights without registration, why register?

How much does a federal trademark registration cost?

What is the cost of a trademark application?

What costs are specific to intent-to-use applications?

What are the costs after your trademark is registered?

When should you file a trademark application?

When should trademark applications be filed in general?

What is an Intent-to-Use application?

What is an Actual Use application?

Should you conduct a trademark search and if so, when?

What is a trademark search?

Should you conduct a search?

Do you need an attorney to register your trademark?

Do you need an attorney?--Nope.

Why you should hire an attorney anyway

How to correctly identify your goods and services?

The importance of fully listing goods and services

An Example--selecting your goods and services

The Example Continued--implications of the selection

How to deal with a trademark office action

What is an Office Action?

Common Types of Rejections in an Office Action

Selecting and fixing problems with specimens

How to respond to a "confusingly similar" rejection

When is a mark confusingly similar to another?

Analyzing whether the rejection is appropriate

How to respond to a "merely descriptive" rejection

What if the mark really is not descriptive?

What is secondary meaning?

More trademark guidance
This guidance is provided by the attorneys of Forsgren Fisher McCalmont DeMarea Tysver. Please contact us if you need help protecting your intellectual property. The legal information provided in this guidance should be distinguished from actual legal advice. Please see the Guidance index page for more information.